The feature race on day two of the Cheltenham Festival is the Queen Mother Champion Chase which is run over two miles. This is a test of speed and jumping which makes it one of the most exciting races to watch over the course of the week. 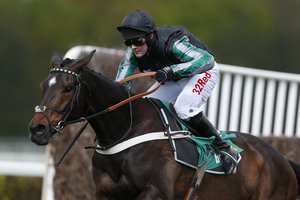 Altior will be many people’s idea of the most likely winner as he is 4/6 to defend his crown and maintain his unbeaten record since going over fences, which now stands at 16 races. The defending champion has been successful at the last two Festivals as he prevailed in the Arkle Trophy in 2017, while he was too good for his rivals in the Champion Chase in 2018.

Nicky Henderson’s superstar has featured three times this season and on each occasion he has looked impressive. He started his campaign in the Tingle Creek Chase at Sandown which he won for the first time in his career. The nine-year old then blew away the field in the Desert Orchid Chase at Kempton, recording a margin of victory of 19 lengths, while on his latest outing, he made all to claim the Clarence House Chase.

If you are looking to have a bet in the Queen Mother Champion Chase this year, backing Altior will not give you much value for your stake. The best Cheltenham tips will offer you alternative markets such as betting without the favourite where Footpad is the favourite to come out on top. 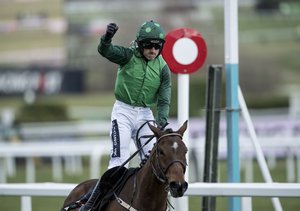 Footpad ended last season as the leading 2m novice chaser as he won the Arkle at Cheltenham. Unfortunately for his connections, this campaign has not gone the way he would have liked it. In his first start, he fell in the Poplar Square Chase at Naas after making a mistake at the last fence.

Willie Mullins’ mount returned at Leopardstown just after Christmas where he got round the course but had to settle for second place behind Simply Ned. If the Irish horse improves once again ahead of the Festival, he should be in the mix at the finish.

Min Set For Another Shot At Altior

Mullins also has the opportunity to win this race for the first time this year with Min who was runner-up behind Altior in the 2017 Arkle and Champion Chase 12 months ago. This season has started well for the eight-year-old as he has won both of his two starts, with success coming in the John Durkan Memorial Chase, while more recently he was triumphant at Leopardstown in the Dublin Chase. Both of those victories came at Group One level, therefore, he has been the leading 2m chaser in Ireland in the campaign so far.

Sceau Royal was one of the leading novices in the UK last season but a setback ruled him out of the Festival in 2018. Alan King’s horse returned to action at Cheltenham in the Shloer Chase back in November where he looked fit and healthy again. The seven-year-old did face Altior in the Tingle Creek Chase but faded in the closing stages. An improvement is needed from the horse if he is to challenge Altior who is the leading stat in National Hunt racing at the moment.