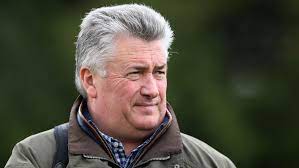 What has happened to Nicholls at Cheltenham Festival?

Paul Nicholls was the dominant trainer at Cheltenham Festival during the 2000s, sweeping up three-straight Gold Cups between 2007 and 2009. He was equally dominant in the Champion Chase, Stayers’ Hurdle and also notched a Champion Hurdle crown. Nicholls’ imperious hold over the National Hunt stretched well beyond the festival as he also claimed the Grand National in 2012 along with multiple victories in the King George VI Chase and Tingle Creek Chase.

The Englishman has won almost every prize in the sport on numerous occasions, but his powers have been on the wane at Cheltenham Festival. In the latest betting for Cheltenham Festival, Bravemansgame is Nicholls’ best hope for a winner in a major race when he competes in the Browns Advisory Novices’ Chase. He has few contenders for the other leading crowns of the week, with Saint Calvados perhaps his only hope for the Gold Cup, but even that would be a +10000 outside shot.

It highlights the peaks and troughs of training. Twelve years ago, Nicholls was the dominant trainer in the game when he had the legendary Kauto Star at his disposal, winning the Gold Cup twice in 2007 and again in 2009. In between those victories another superstar, Denman, triumphed in the prestigious race. Now Nicholls has to watch trainers from Ireland place an imperious hold over the signature race of the week as A Plus Tard, Galvin and Al Boum Photo are all in the reckoning, while last year’s winner Minella Indo is also a strong contender to repeat his triumph.

For one reason or another Nicholls’ strong charges have not been successful at Cheltenham as they have been elsewhere on the National Hunt. His dominance of the King George VI Chase has certainly not waned as Clan Des Obeaux won the event in back-to-back years, while his stable-mate Frodon denied him the chance to make it three on the bounce when he claimed the crown in 2020. However, neither horse was able to make an impression in their runs at the Gold Cup, with Frodon placing in fifth in the event last season. Clan Des Obeaux appeared to struggle with the conditions in his two runs finishing fifth and eighth.

Cyrname was a great hope for Nicholls as he produced a number of encouraging performances before a bad fall at the Ascot Chase in February 2020 halted his momentum. He has struggled with a number of injuries since and it appears his career will end very soon, failing to capitalize on his undoubted potential.

A new star on the rise from Nicholls’ yard is Stage Star, who has won all three of his races this season. He delivered an outstanding performance in the Challow Novices' Hurdle at Newbury in December and could take advantage of a potential weakened field in the Ballymore Novices’ Hurdle to win the Grade One contest. If he rises above the Irish-trained horses in the race then it could provide momentum for the future for Nicholls and his yard at Cheltenham.